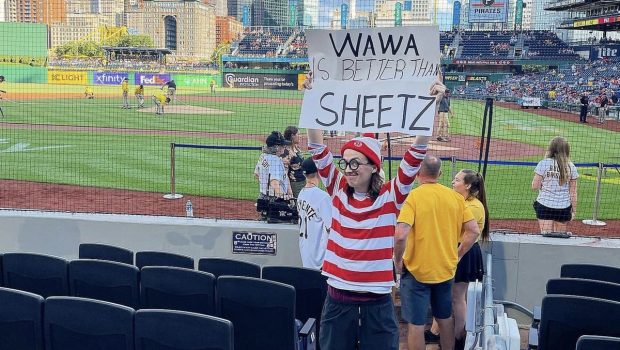 PHILS SWEEP OF BUCCOS WAS ALSO A BIG WIN FOR WAWA OVER SHEETZ!

Wawa is based in Delaware County and Sheetz is in Altoona.

So the Phillies sweep of the Pirates has had a ripple effect.

Wawa plans to double its store count over the next three to five years in the region, with the first store opening as early as 2024.

It said it aims to open 40 stores in central Pennsylvania. One of the first locations is planned in East Pennsboro Township at the Reserve at Summerdale off Routes 11/15.

The move edges Wawa closer to competitor Sheetz’s territory. For decades the Sheetz vs. Wawa debate has raged, pitting the two Pennsylvania companies against one another.

Phillies 4 game swept the Pirates for the first time since 1968!