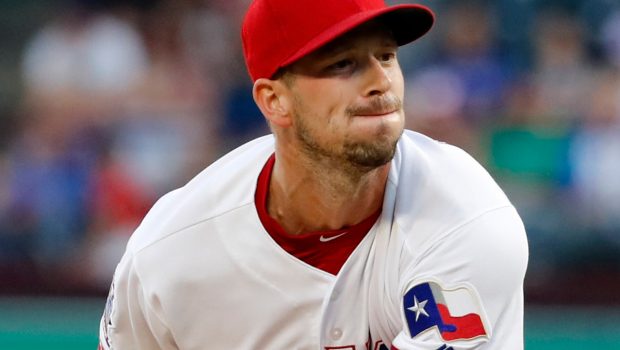 The Phillies have signed free-agent left-hander Drew Smyly and he could start Sunday in Pittsburgh, with Vince Velasquez being pushed back to Wednesday from his Sunday start.

The Phillies and Smyly have agreed to a Major League contract, pending a physical.

Smyly, 30, went 1-5 with an 8.42 ERA in 13 appearances (nine starts) this season with Texas. He was released on June 25 and signed a Minor League contract with the Brewers on July 1. He had a 4.97 ERA in three starts in Triple-A, striking out 18 and walking three in 12 2/3 innings. Smyly opted out of his contract with the Brewers on Thursday when they decided not to add him to the 25-man roster.

Kapler said that “assuming we’re able to sign him officially,” Smyly is expected to make his first start Sunday, when Velasquez was originally expected to pitch. Instead, Velasquez’s next expected start has been moved to Wednesday against the Tigers, and Kapler said Nick Pivetta will move to the bullpen and be available for Friday night’s game against the Pirates.