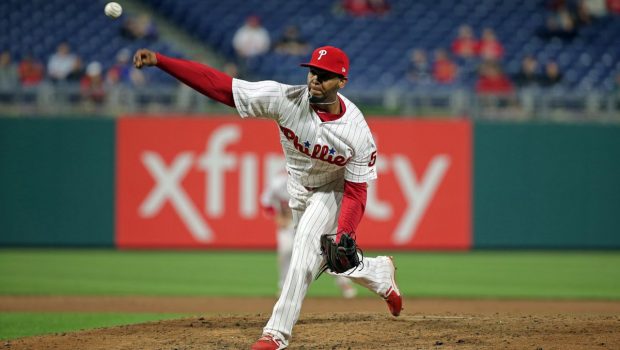 The rubber is hitting the road for Phils reliever Seranthony Dominguez.

Doctors have recommended that Domínguez undergo Tommy John surgery, according to the Inky.

Domínguez has reportedly returned home to the Dominican Republic and plans to rest his arm while baseball is on hiatus due to the coronavirus (COVID-19) pandemic. As tests have not yet been conclusive for a tear in his ulnar collateral ligament, Domínguez plans to undergo additional testing once baseball resumes to determine if there has been improvement. Tommy John surgery would cost him the entire 2020 season, whatever it looks like, and a sizable portion of the 2021 season as well most likely.

Domínguez, 25, broke out as a rookie in 2018, recording 16 saves with a 2.95 ERA and a 74/22 K/BB ratio over 58 innings. He wasn’t as successful over the first two months and change of last season before his season ended due to the elbow injury.

Domínguez is under contract through 2024.