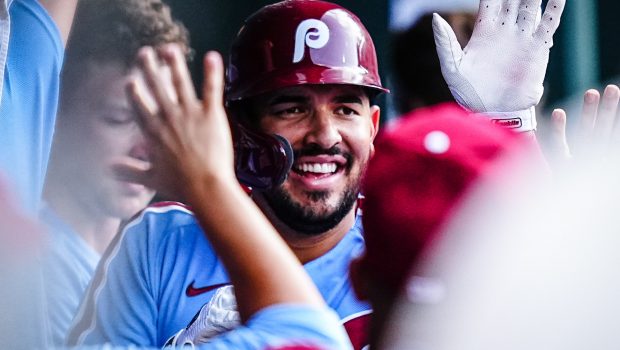 The Phillies could use rookie Darick Hall in September off the bench.

He struck out 40 times with just five walks.

Darick Hall is headed back to AAA. Hasn’t played much of late and was going to play less when Bryce Harper returns as the DH.

Cristopher Sanchez will start for the Phillies Wednesday. Move designed to give the starters an extra day.