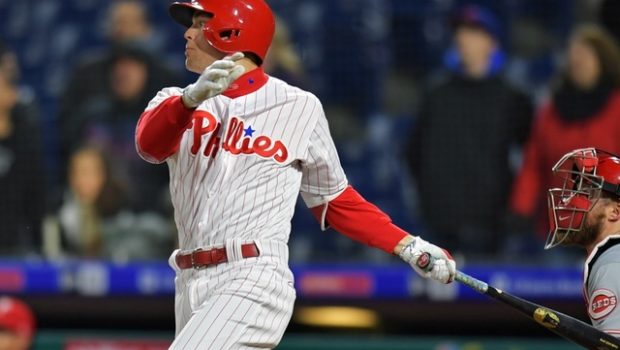 So Scott Kingery spent a month on the injured list with a hammy.

And now that the Phils utilityman is back fantasy players are drooling.

Here’s on Yahoo Sports puts it:

Kingery was a popular waiver pickup a few weeks back before hitting the injured list with a strained right hamstring, but he’s worth adding again now that he’s back to full health.

A lot of this is about context. Odubel Herrera just hasn’t been good for a while now and Maikel Franco has really dropped off from the first couple of weeks of the season, so there’s clear opportunity here.

He’s actually started in center field in three out of the last four games. Kingery really struggled as a rookie last year while trying to learn shortstop on the fly, but he’s still got that prospect pedigree on his side. It also helps that he’s eligible at three different positions.