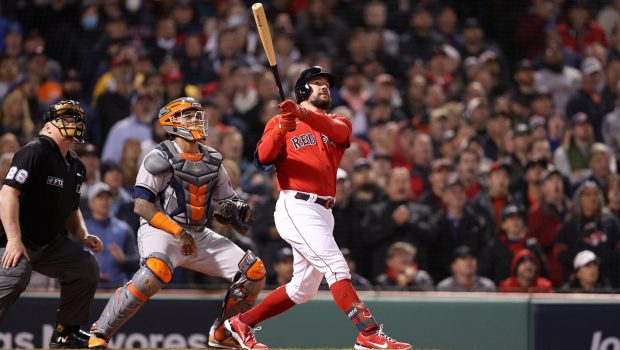 PHILS SCHWARBS WAS A NAT — THEY NEVER SHOULD HAVE TRADED HIM!

Phils left fielder Kyle Schwarber smacked two homers in last night’s loss to the Nats, and he now leads the National League with 27.

The Washington Post laments the fact that he bopped in Washington until the Nats traded him last July to the Red Sox before he signed a free agent deal in Philly:

Of course, Schwarber once mashed towering, leadoff homers for the Nationals.

A year ago, it was his hamstring strain that felt like the beginning of the end, eventually leading the club to trade him and seven others at the deadline.

Schwarber went to the Boston Red Sox, then signed with the Phillies in March.

He has 27 homers on the season, including six against the Nationals (29-54), including a pair against Paolo Espino here Tuesday.

“He’s definitely a dangerous hitter. … You don’t really want to leave anything in the middle for him to hit,” Espino said. “But today, I hit my spots and he was still was able to hit them out.”