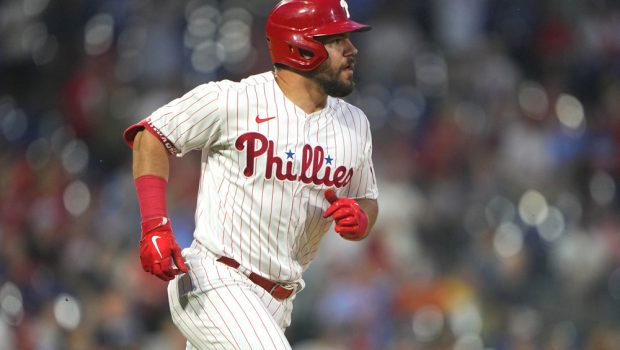 Kyle Schwarber popped a three-run homer for his 40th of the season in the Phils loss to the Blue Jays.

Schwarber had singled and scored earlier in the game before launching one 400 feet down the right-field line off the facade of the upper deck.

The Phillies slugger is three ahead of Austin Riley for the National League lead but is 20 behind Aaron Judge, who launched No. 60 Tuesday.