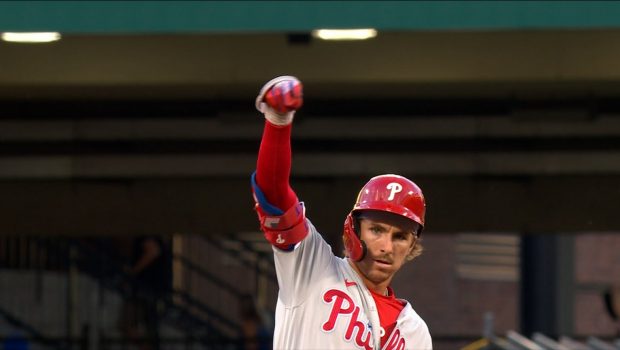 According to the Elias Sports Bureau, he became the first player to reach four times in a game against Scherzer.

“It’s pretty cool,” Stott said. “I didn’t know until they all started screaming and when I got in the locker room. He’s obviously going to be in the Hall of Fame so it’s pretty cool.”

Stott scored the go-ahead run on this slide, which was also pretty cool: