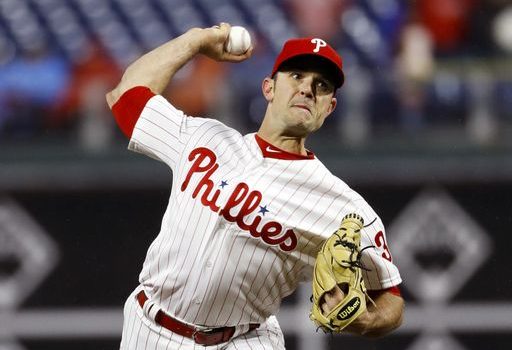 Neshek, 38, is 0-1 with three saves and a 4.67 ERA in 19 bullpen appearances this season. The move is retroactive to Friday.

Hammer, 24, will make his major league debut whenever he takes the mound.

Hammer made his Triple-A debut on Wednesday, striking out three batters in two perfect innings against Syracuse. He earned the victory in Lehigh Valley’s 6-4 win.

Hammer was 1-0 with two saves and a 1.77 ERA in 13 appearances at Double-A Reading earlier this season.