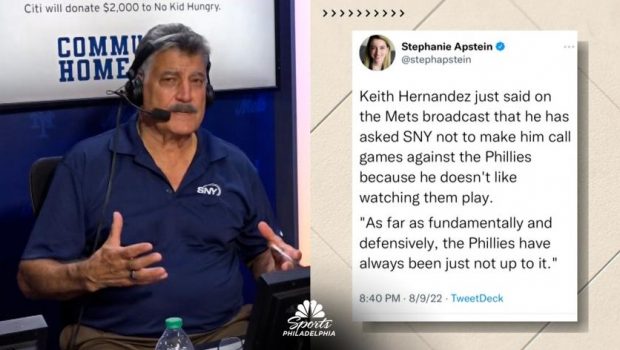 Just the other day, Mets announcer Keith Hernandez poured gasoline on the fire that is the Phils-Mets rivalry, dissing the Phils defense and asking to not be made to work the series.

Entering last night, the Phillies were tied for having the fourth-fewest team errors on the season (47).

When asked before last night’s game about his thoughts on Hernandez’s controversial comments regarding the Phillies defense, manager Rob Thomson’s response was:

“He’s a good baseball man and I respect his opinion, but that doesn’t mean I have to agree with it. Because I don’t.”