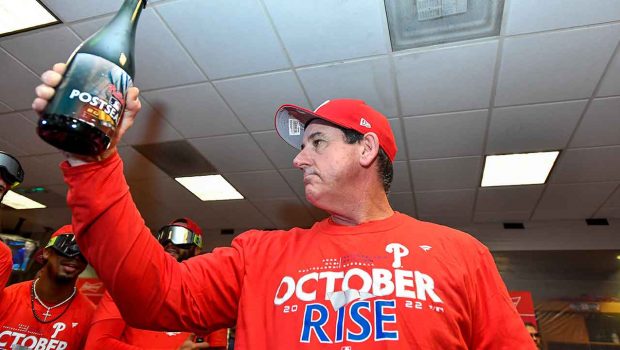 Phillies manager Rob Thomson said Thursday that he plans to go without an official closer this season.

“Unless somebody steps up and is just completely dominant,” Thomson elaborated.

“But I think you’re going to have to give guys days off, so having the depth in that bullpen is really big. I think it worked pretty well last year with the way we did it.”

“I kind of like the floating closer, if you will,” Thomson said Wednesday in the Phils’ clubhouse.

“It just gives us a few more options.”

Eleven different Phillies relievers had a save last season.

Seranthony Dominguez, Corey Knebel, David Robertson and Brad Hand had at least a handful. Dominguez was clearly their top reliever by season’s end, but in the playoffs, the Phillies had five saves and each came from a different pitcher: Zach Eflin, Jose Alvarado, Dominguez, Ranger Suarez and Robertson.

The Phillies have plenty of experienced options — Craig Kimbrel, Gregory Soto, Seranthony Domínguez and Alvarado — to mix-and-match depending on ninth-inning matchups this season.