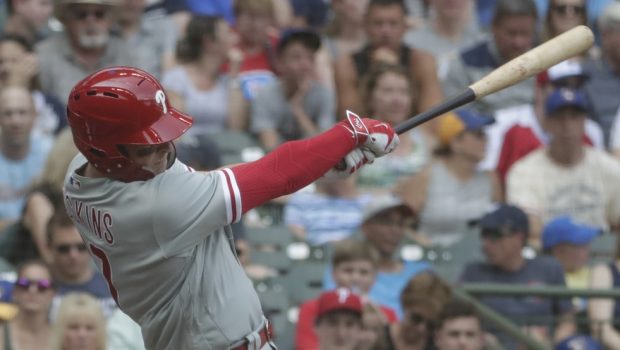 PHILS RHYS HOSKINS WILL BOMB AWAY IN HOME RUN DERBY!

The Phillies will only be represented by Aaron Nola in next Tuesday night’s All-Star game in Washington.

Hoskins hit 18 home runs in his first 35 career games last season. His 24 career homers off fastballs are three more than any other NL hitter since his debut.

“I think it’s a cool honor, just the fact that I would even be considered,” Hoskins said. “Obviously not the complete way I want to be involved in the week, but it should be fun. I get to be around a pretty cool group of guys. I grew up watching the Home Run Derby as a kid, so I think that full circle kind of moment is pretty cool.”