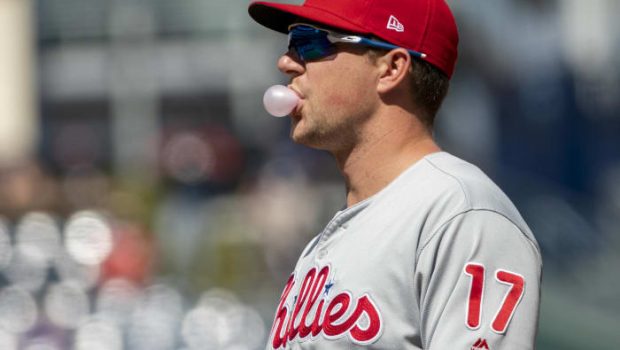 Rhys Hoskins has the unenviable task of protecting Bryce Harper in the middle of the Phillies batting order, and while he didn’t have a terrible year in 2019, the Phillies needed more

Playing in all but two of Philly’s games, the big first baseman hit 29 homers and drove in 85 runs, but he hit only .226 and struck out in over 30 percent of his at-bats.

With the Phillies hanging on to postseason hopes by a thread down the stretch, Hoskins came up particularly small, hitting .161 in August and .170 in September.

The Phillies’ pitching is still a little suspect, so they remain built to outscore the opposition to win.

With that in mind, their three best hitters, J.T. Realmuto, Harper and of course Hoskins, need to rise to the occasion.