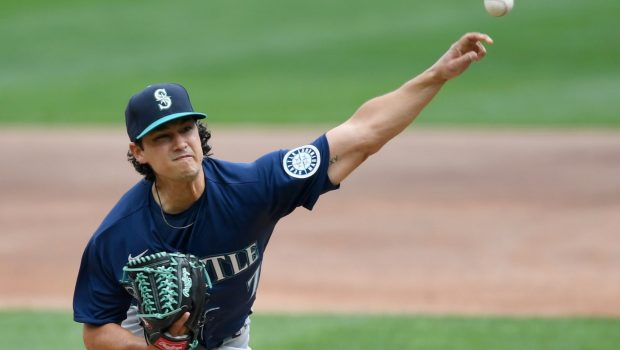 Prior to the August 2 trade deadline, the Mariners, Phillies, and Yankees had some negotiations about a potential three-team swap, according to The Seattle Times’ Ryan Divish.

Left-hander Marco Gonzales would’ve headed to Philly and outfielder Joey Gallo “possibly” would’ve been dealt to the Mariners, though it isn’t known what player or players New York would’ve acquired in this proposed deal.

As it turned out, the Yankees instead moved Gallo to the Dodgers for pitching prospect Clayton Beeter, with Los Angeles absorbing the roughly $3.7MM remaining on Gallo’s 2022 salary at the time of the deadline.

The Phillies added Noah Syndergaard to their rotation rather than Gonzales, who stayed put in the Pacific Northwest. Rather than move Gonzales or any other starters, the Mariners instead added to their rotation depth with a blockbuster trade to pry Luis Castillo away from the Reds.