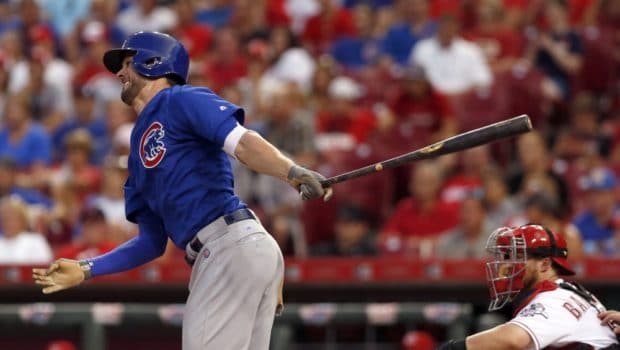 PHILS REPORTEDLY KICKING THE TIRES ON CUBS 3B KRIS BRYANT!

After the Didi Gregorius deal, the Phils aren’t done remaking their infield.

And Cubs exec Theo Epstein needs to shed payroll before being able to make any moves.

According to Chicago’s 670 The Score’s Bruce Levine, the Cubs have talked to the Phillies about a deal for third baseman Kris Bryant, the 2017 MVP.

Bryant’s friend Bryce Harper signed with the Phillies last offseason for a mega contract and he could be intrigued by the option of playing with his pal. Not to mention, former Cubs teammate Jake Arrieta is on the Phils’ pitching staff.

But with Harper’s massive contract on the books for another 12 seasons, would a Bryant move land him a big, long-term contract to stay in the City of Brotherly Love? Perhaps not.

The Phillies entered free agency with about $150 million in committed payroll for the 2020 season, there is a lot of room under the expected $208 million luxury tax threshold to add a player like Bryant.