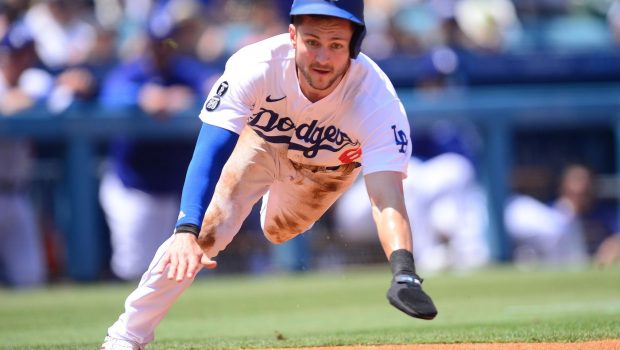 The Phillies haven’t had a top-shelf shortstop since Jimmy Rollins was traded to the Dodgers in 2014.

And now it seems the Phils have their eye on another Dodger.

Bob Nightengale of USA Today spoke with “several talent evaluators” who believe that the Phillies will ultimately sign Trae Turner this upcoming offseason, when he’s slated to become one of the winter’s top free agents.

Earlier this month, Bryce Harper spoke glowingly of Turner in a conversation with Nightengale.

Harper and Turner, of course, were teammates with the Washington Nationals from 2015-2018.

After Harper put together a monster series in Los Angeles in May, Turner simply said that “it feels like he’s the best player in the world.”

The Phillies will have an aging Didi Gregorius coming off the books after the 2022 season, and are likely to decline the $17 million club option that Jean Segura has for 2023 and instead take the $1 million buyout. Gregorius and Segura are making a combined $28.75 million in 2022.