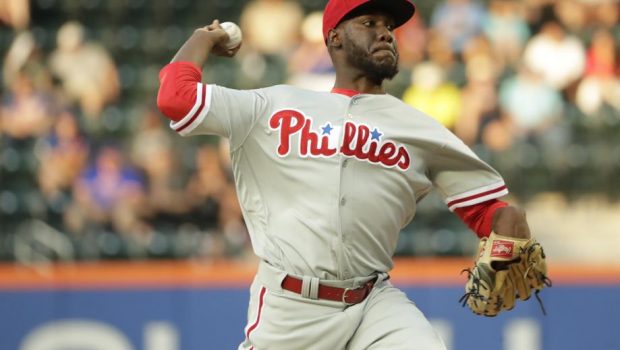 The Phillies have designated right-hander David Hale for assignment in order to open a spot on the roster for fellow righty Neftali Feliz, whose contract has been selected from Triple-A Lehigh Valley.

They also placed righty Sam Coonrod on the 10-day injured list due to tendinitis in his right forearm, recalled infielder Nick Maton to fill that roster spot and made Enyel De Los Santos as the 27th man for today’s doubleheader.