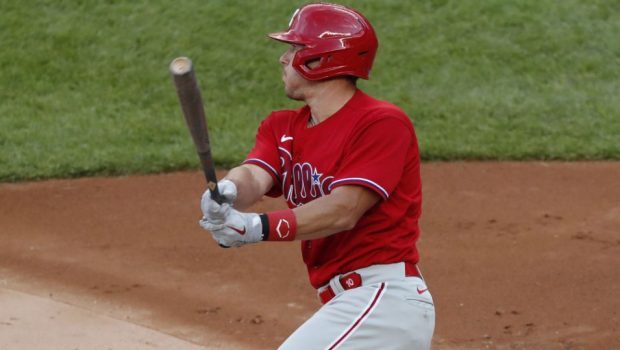 The catcher, who fractured his right thumb early in camp, had five or six plate appearances yesterday in a simulated game.

Manager Joe Girardi said Realmuto’s thumb is stable and continues to heal. Realmuto remains on course to start on Opening Day on April 1.

“This is all good news,” Girardi said.

Realmuto could play in his first Grapefruit League game next week, likely starting at designated hitter before catching.

Adam Haseley is moving closer to Grapefruit League action, too, although Girardi said it is too early to say if he could rejoin the center-field competition before a decision is made.

Odúbel Herrera remains the favorite for the job.