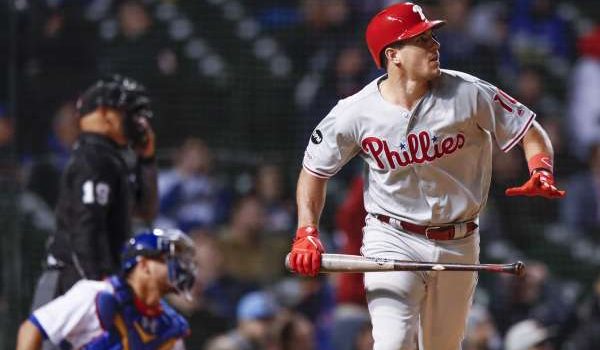 PHILS REALMUTO FOUND HIS ‘P’ BUT WENT 0-FOR-2 IN ALL-STAR GAME!

But when his turn to bat came in the seventh inning, he stood in the batter’s box with that familiar, stylized “P” on his helmet, representing the Phillies, their fans and the city of Philadelphia.

How did that happen? Well, as Realmuto related, he managed to secure a Phillies sticker and apply it to the helmet belonging to Cardinals shortstop Paul DeJong, whose headgear he borrowed. Few, if anyone, noticed that when DeJong was on base in the eighth inning, Realmuto wore Brewers catcher Yasmani Grandal’s helmet when he was on deck.

Realmuto’s went 0-for-2 in his second All-Star Game appearance.