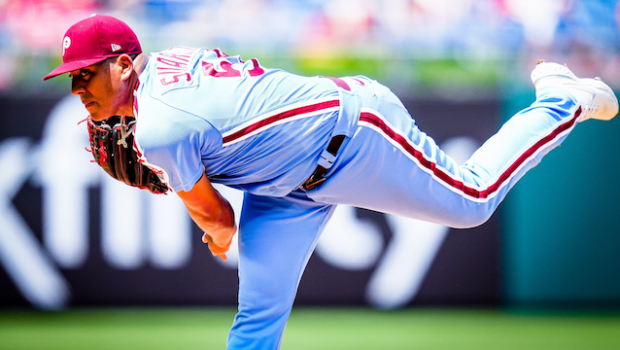 Ranger Suarez was one of baseball’s best-kept secrets in 2021.

Now Phillies fans have been joined by the nation’s baseball fans in their admiration of Suarez.

Suarez gradually worked his way into higher-leverage and more extended roles in the Philly bullpen before they finally decided, well heck, let’s just hand him the ball and let him start.

And in that role, he just kept going: A 1.51 ERA in a dozen starts, with 65 strikeouts in 65 1/3 innings. Suarez was a Pitcher in the most modern sense, an elite out-getter asked to do whatever, whenever, and it was he, Bryce Harper and Zack Wheeler who kept the flawed Phillies alive into the season’s final weekend.

Now, the Phillies have tripled down on hammering the ball, adding Kyle Schwarber and Nick Castellanos. Yet with Wheeler, Aaron Nola and potentially Suarez, they have a 1-2-3 capable of going at it with Jacob deGrom, Max Scherzer and Chris Bassitt in New York – or virtually anyone else in the NL, even if the run prevention looks a little different than usual.

Of course, that’s largely based on Suarez being up to the task. Seeing whether he’s up for doing what’s asked in 2022 will be fascinating.