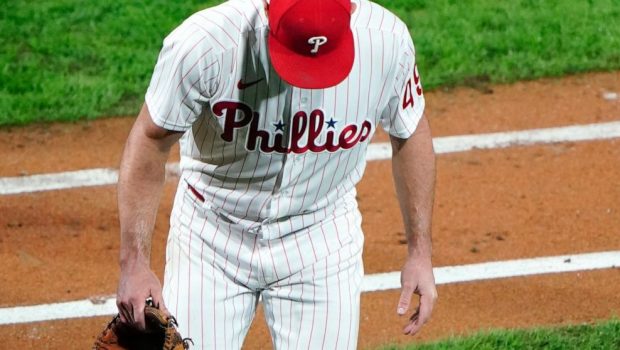 PHILS PLAYOFFS CHANCES DOWN TO 24% — HERE’S WHY!

And they can only catch the Giants and Cardinals:

The Marlins clinched second place in the NL East by beating the Yankees in extra innings. They are 30-28 and have the head-to-head tiebreaker over the Phillies.

The Reds beat the Twins to clinch a playoff berth. They cannot be passed by the Phillies. The Phils and Reds both finished 21-19 against their divisions but the Reds have the next tiebreaker. They are 12-8 in their last 20 divisional games compared to the Phillies’ 8-12.

The Phillies’ playoff chances are down to about 24%, according to Fangraphs. They were 87% on Sunday morning before a four-game losing streak began.