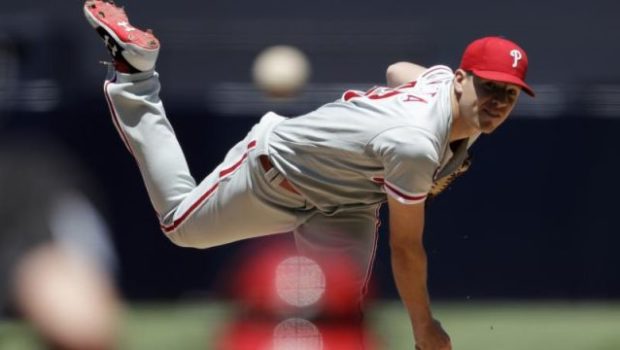 Phillies manager Joe Girardi is handing the ball to right-hander Nick Pivetta to start the opener Saturday against the Tigers.

Nola is the presumed opening day starter on March 26 in Miami, but Pivetta and Velasquez are competing for the No. 5 job in the rotation.

Nola, Zack Wheeler and Jake Arrieta are the top three pitchers in the rotation. Zach Eflin is expected to be the No. 4 starter, although the Phillies have said he is competing alongside Velasquez, Pivetta and left-hander Ranger Suárez.

The No. 5 job is unquestionably wide open.