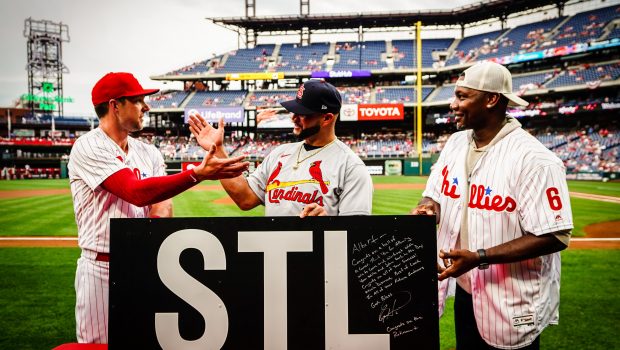 Before last night’s game, the Phillies honored Albert Pujols with the visiting scoreboard “STL” sign in appreciation of his 22-year career.

Pujols, who entered with 683 home runs, announced in March that he would be retiring after this season.

He went 0 for 3 with two strikeouts.

“It was pretty awesome,” Pujols said.

Rhys Hoskins and Phillies great Ryan Howard were Phils reps for the tribute.