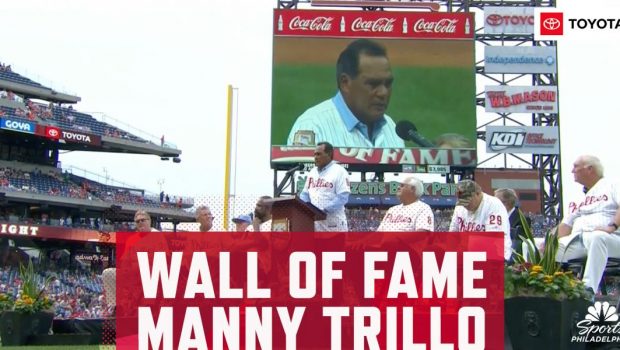 Manny Trillo was inducted into the Phillies Wall of Fame during a ceremony before yesterday’s Phillies-Mets game.

Wall of Fame members John Kruk and Charlie Manuel were also in attendance.

“To be with this bunch of teammates, it’s an elite group,” Trillo said. “Good friends, good teammates; it’s excellent to be in that group. … It’s like family. You’re coming back to see your family.”