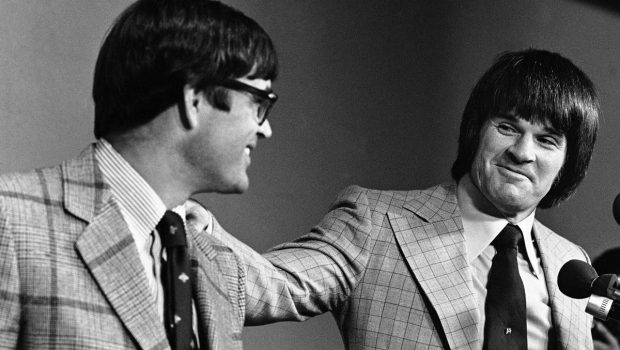 Ruly (Robert R.M. III) Carpenter, who owned the Phillies when the team won their first World Series title in 1980, died yesterday at 81.

Carpenter made Mike Schmidt the highest paid player in baseball in 1977 and signed Pete Rose as a free agent for $3.2 million in 1979. However, those rising salaries convinced Carpenter to sell the team in 1981 to a group led by Bill Giles for $30 million.

The Phillies finally broke through and won their first title in 1980. They outlasted the Houston Astros in an epic five-game series. Each of the last three game went into extra innings. The Phils then beat the Kansas City Royal, 4-2, to win their first World Series.

“Sad to hear of the passing of Ruly Carpenter,” former player Greg Luzinski said on Twitter. “Owner of the 1980 World Champion Phillies. It’s very hard for me to express my feelings. Condolences to Stephanie and family.”