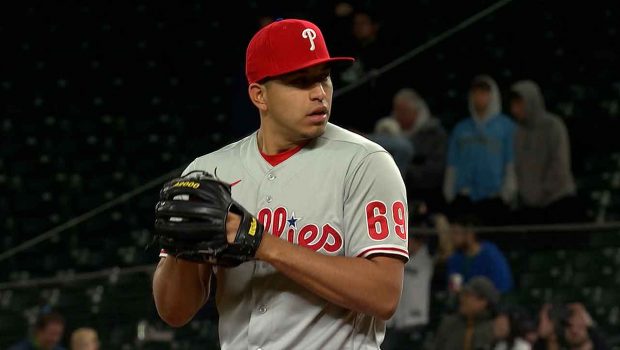 Phillies right-hander Francisco Morales has cleared waivers and has been outrighted to Triple-A Lehigh Valley after he was DFA’d last week when the club signed Craig Kimbrel.

Morales, 23, was working in the lower levels of the Phillies’ system before the pandemic. His walks were on the high side but he showed plenty of promise down there nonetheless. Baseball America has considered him one of the top 30 Philly farmhands since back in 2018, and he even jumped up to the #4 slot in 2020.

The Phillies added him to their 40-man roster in November of 2020 to protect him from selection in the Rule 5 draft.

Morales will now stick in the system but without occupying a roster spot. Since this is his first outright and he has less than three years of MLB service time, he doesn’t have the ability to reject the assignment and become a free agent. He’ll start the year in the minors and try to better harness his stuff to get back onto the roster.