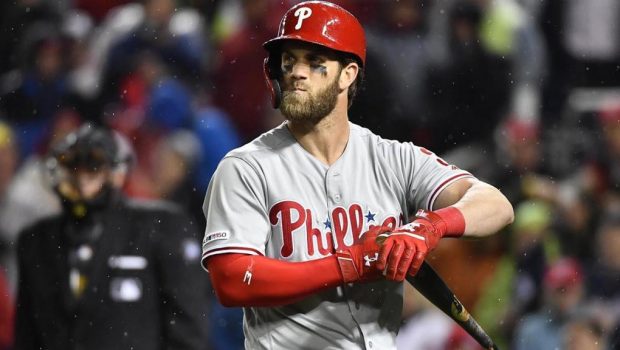 It’s not as if the Phillies rolled over and played dead when the Braves took a 2-0 lead last night in the opener of this crucial series in Atlanta.

The Phils gave the NL East leaders plenty to think about when they scratched back in the ninth inning but fell short.

Atlanta reduced its magic number to three games in the division race and extended its lead to 3 1/2 games over the second-place Phillies with five games left. The loss eliminated Philadelphia from contention for an NL wild card.

“We have to win out,” Phillies first baseman Brad Miller said. “I think it’s cut and dried.”

Even winning out may not be enough because they need the New York Mets to beat the Braves in the final regular-season series.

“You’ve got to keep grinding,” Phillies manager Joe Girardi said. “You’ve got to find a way to win tomorrow and then you go from there. … Tomorrow is not out of our hands, and that’s what we need to focus on.”

Will Smith survived a wild ninth inning, allowing an unearned run, for his 36th save in 42 chances.

Smith walked Bryce Harper leading off and Guillermo Heredia, inserted in the game for his defense in the inning, chased down J.T. Realmuto’s liner to center. Pinch-hitter Matt Vierling’s liner to left field glanced off the glove of Edwin Rosario for a two-base error, putting runners on second and third.

Andrew McCutchen loaded the bases with an intentional walk, Didi Gregorius had a sacrifice fly and, with runners at the corners, Smith fell behind Freddy Galvis 3-0. Smith evened the count, Galvis fouled off two pitches and then swung past a fastball.

“We almost pulled it out,” said Zack Wheeler (14-10) was almost as impressive as Morton, allowing two runs and four hits with seven strikeouts in seven innings. “We just couldn’t come through in the clutch right here. We’re battling. We never stop. That’s all you can ask.”

Morton (14-6) gave up singles to his first two batters and gave up only one more hit. He allowed only three hits with 10 strikeouts and two walks in seven innings.

“The guys can taste it a little, knowing where we are,” said the 37-year-old Morton, who began his career with Atlanta before returning with a $15 million, one-year deal. He has signed a $20 million contract for 2022 with a club option for 2023.

“We’re in a really good spot,” Morton said. “We’re playing games that everybody wants to play down the stretch.”

Héctor Neris stranded two runners in the eighth. Galvis misplayed Soler’s grounder at third base for an error before Neris walked Freddie Freeman, who was forced on Ozzie Albies’ grounder. Neris struck out Austin Riley to end the inning.