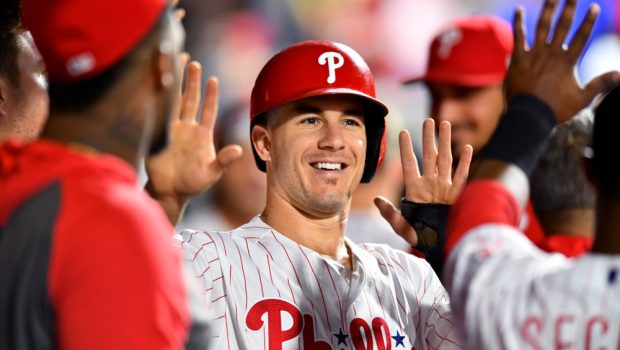 The Phillies are so badly mismanaged that they are even screwing up their feeble attempts to keep JT Realmuto, their MLB-best catcher.

They made Realmuto a one-year, $18.9 million qualifying offer before yesterday’s 5 p.m. ET deadline.

The Phillies did not make a qualifying offer to shortstop Didi Gregorius or their seven other free agents.

Realmuto has 10 days to accept or reject the offer. If he accepts it, he is signed to a one-year contract through 2021. If he rejects it and signs with another team, Philadelphia will receive Draft pick compensation.

Realmuto, 29, is seeking a record-breaking contract for a catcher, perhaps in the $200 million range. It explains why the Phillies have been pessimistic about re-signing him for months, although president Andy MacPhail offered a sliver of optimism on Friday.

“There are two things we’ve got going for us,” MacPhail said.

“The first is, I think he enjoyed his time here and obviously, we want him back, so I think those two things give you some measure of hope. In any offseason, there are an amazing amount of variables, and you can just multiply that exponentially this offseason. But, yeah, as long as the player enjoyed his time here and the team has a legitimate interest in bringing him back, there is that possibility.”