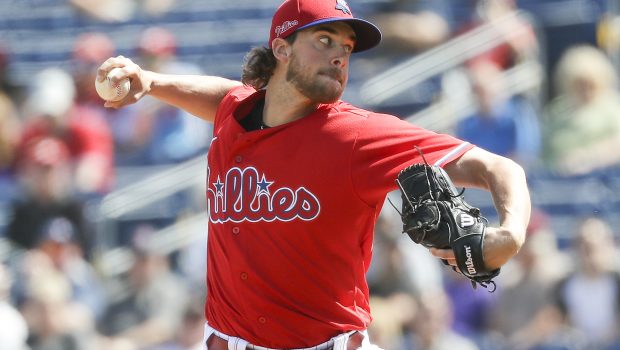 “My changeup wasn’t as consistent as it was in previous years,” he said after pitching two scoreless innings in a 4-3 victory over the Pirates in Clearwater. “I am just trying to get back to throwing that for strikes down more.

Nola threw his changeup 18.6 percent of the time last season, according to Statcast. Opponents batted just .204 with a .345 slugging percentage and .270 Weight On-base Average against it. But Nola believes it can be better. If he throws the pitch for more strikes, maybe it can be.