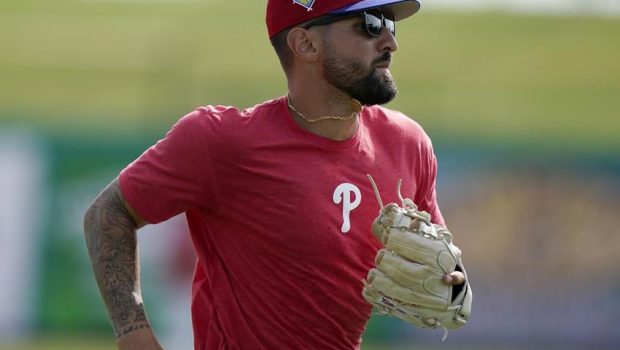 PHILS NICK THE STICK: ‘WE HAVE A CHANCE TO BE VERY, VERY GOOD’!

With the MLB season opener now just nine days away, the new-look Phillies lineup is off and running.

Big free agent signings Kyle Schwarber and Nick Castellanos are giving the club what they’ve needed, a power surge at the top of the lineup.

Protection for MVP Bryce Harper is key, and both Schwarber and Castellanos hit long balls in spring training games this week, just a preview of things to come when the season starts April 8th at Citizens Bank Park against the Oakland Athletics.

With the upgrades on offense and a bullpen with some new faces and old — reliever Seranthony Dominguez coming off Tommy John surgery looks good throwing 97 mph fastballs his last three appearances — fans have a big reason for hope.

As Castellanos said after a games last week:

“We have a chance to be very, very good.”