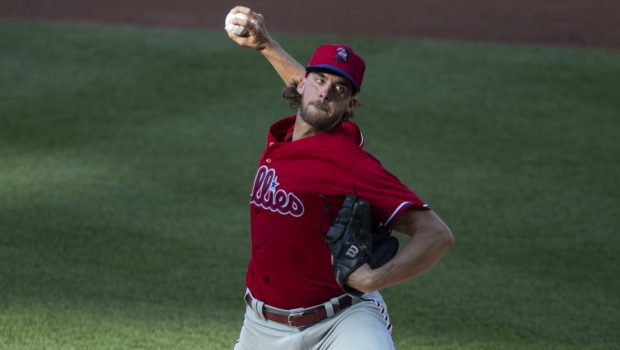 PHILS NEXT GAMES: 2 AT YANKS STARTING MONDAY, THEN 2 AT CBP!

The Phillies next game will be played Monday night in New York’s Yankee Stadium.

MLB has announced that the Phillies will resume play with a four-game home-and-home series next week against the Yankees. They will play Monday and Tuesday at Yankee Stadium in New York and Wednesday and Thursday at Citizens Bank Park. The announcement comes after the Phillies had this week’s schedule postponed “out of an abundance of caution” after they played the Marlins, who are dealing with a COVID-19 outbreak.

No Phillies player has tested positive for COVID-19 following the Miami series.

“It is unclear if the third individual contracted COVID-19 from Marlins players and staff based on the timing of the positive test,” the league said in a statement.