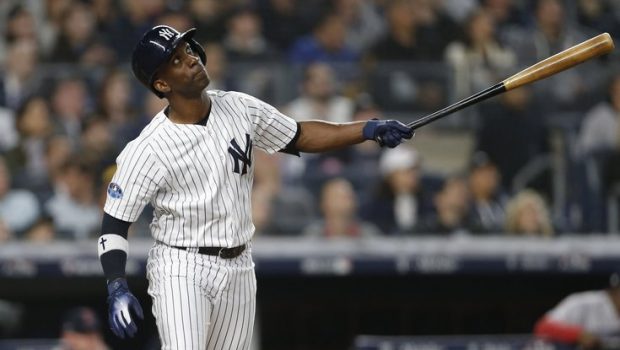 In the biggest deal of the Las Vegas Winter Meetings, the Phillies signed veteran outfielder Andrew McCutchen to a three-year, $50 million free agent contract with a $15 million club option (or $3 million buyout) for 2022.

Finalization of the deal is only pending a physical exam, which should take place before the end of this week.

McCutchen has been in a steady decline since finishing top-five in the National League MVP voting in four straight seasons with the Pirates from 2012-2015, but he gets on base at a high rate and still offers 20-plus homer power potential at age 32.

The question being asked now is whether the Phillies, who’ve made it known they want to be aggressive this winter, will zero in on Manny Machado instead of Bryce Harper.

Phillies owner John Middleton told reporters last month that the organization is going into the offseason “expecting to spend money” and would “maybe even be a little bit stupid about it.”

There’s certainly still room for improvement there, but Machado probably makes more sense with Cutch now in the fold.