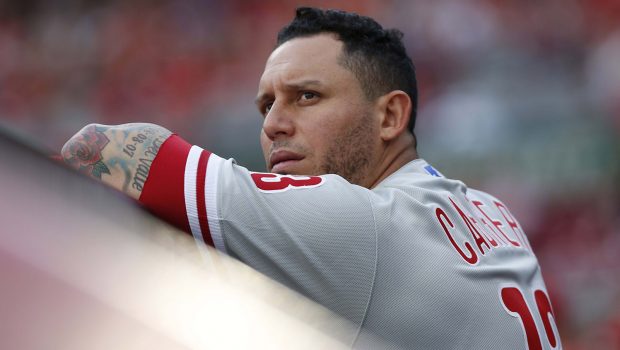 PHILS NEWBIE ASDRUBAL CABRERA GETS A SHOT AT SHORT!

Phillies manager Gabe Kapler wasted no time and inserted newly acquired Asdrubal Cabrera at shortstop last night in Cincy, ands he went 0-for-4 with a strikeout and didn’t have a ball hit to him at shortstop:

“I haven’t played short for a little while, but I’m going to come here and work hard and do my best no matter what position they put me at.”

“He’s got a long track record of playing the position,” Kapler said. “So while we’re just looking at it for today’s lineup, we’ve got a fly-ball pitcher on the mound and we’re very confident that he can handle the balls that are in his vicinity. He doesn’t have the same range that he once did, but we’re also thinking about that and mitigating risk by putting him at shortstop at the right time.”