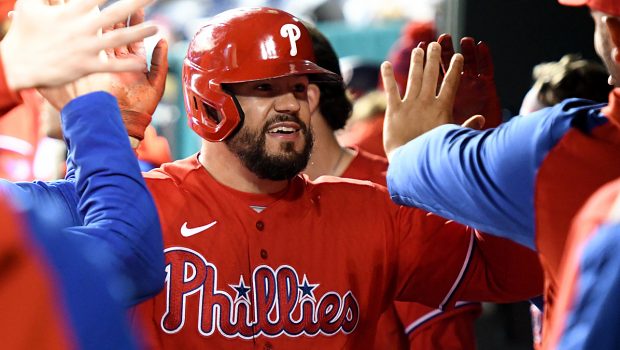 Kyle Schwarber homered on a 2-2 sinker, going down on the 96 mph pitch to pull it 395 feet into the right-field seats – well away from the pole, and well over the fence.

He hit back-to-back pitches a total of 756 feet in Game 2, the first initially called fair before a crew chief review determined the 403-foot drive curled just foul and then a flyball caught at the wall 353 feet away from the plate.

It was the 15th career postseason homer for Schwarber, who hit .412 in the 2016 World Series for the Chicago Cubs, when he was activated after being out since early April because of a torn ACL.

Schwarber led the National League with 46 jacks in 2022 and tied teammate Bryce Harper with six this postseason.