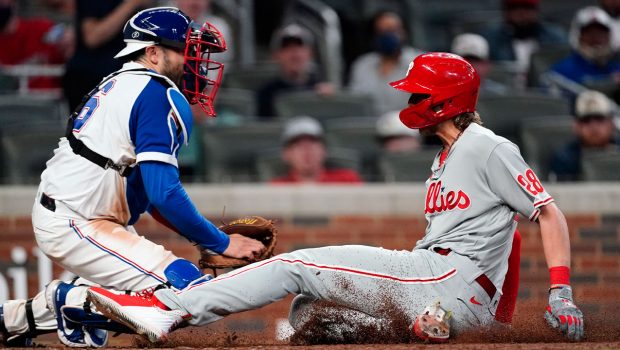 Television replays appeared to show Bohm’s foot missing the plate as he slid to beat the throw from Braves left fielder Marcell Ozuna.

Despite a variety of camera angles that seemed to confirm that fact to the Braves, their fans at the ballpark and others at home, replay officials in New York did not overturn the call.

So, was Bohm safe?

“I was called safe,” Bohm said. “That’s all that matters.”

Phillies win by a foot!!! pic.twitter.com/LqPsY1vTWD