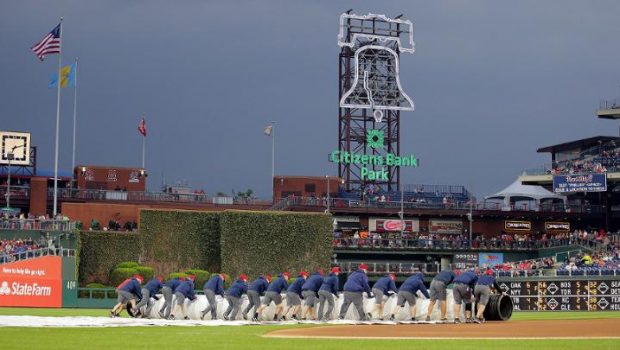 Last night’s game between the Mets and Phillies was postponed due to rain. It will be made up as part of a single-admission doubleheader on Thursday, Aug. 16. Rain began falling at Citizens Bank Park shortly after the game’s originally scheduled 7:05 p.m. ET first pitch. The storm worsened later in the night, prompting an official rainout announcement just after 8 p.m. The series wraps up today at 1:35 p.m., and the Phillies’ pitching plans were still to be announced.