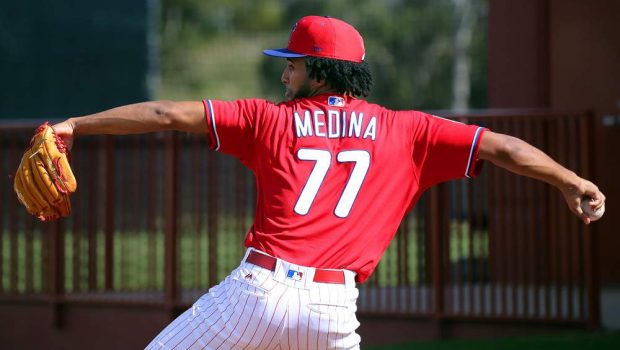 PHILS MAY HAVE A BULLPEN STAR IN ADONIS MEDIA!

Lost in the media crush of Odubel Herrera’s first game in more than 600 days was:

Adonis Medina pitched a perfect third inning for the Phillies in his 2021 debut yesterday, including a strikeout of Marcus Semien.

The right-hander hasn’t allowed a run in his last 4 1/3 big league camp innings, dating back to 2019.

Medina is coming off his major league debut in which he allowed two runs on three hits and three walks with four strikeouts in four innings to be tagged with the loss on Sept. 20.