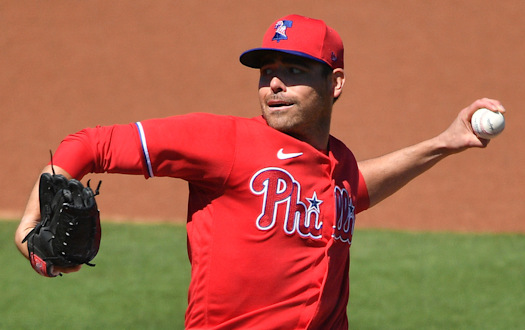 PHILS MATT MOORE WILL START TONIGHT, OR IT’LL BE A ‘BULLPEN GAME’

Since Zach Eflin is on the IL with tendinitis in his knee and two relievers are on the COVID list, tonight’s Phils-Yanks game in the Bronx would otherwise be called “a bullpen game.”

However, without JD Hammer and Bailey Falter, the Phils may start Matt Moore and hope for the best.

The Phils haven’t lost consecutive games since dropping four straight from June 20-25. Rhys Hoskins and Andrew McCutchen homered in last night’s 6-4 Yanks win, Ronald Torreyes hit an RBI double and Jean Segura singled in a run as they stayed 2 1/2 games behind the first-place New York Mets in the NL East.

Manager Joe Girardi did not indicate which pitcher would begin the game and said the Phillies will likely make a few more transactions.

“The next person just has to step up,” Girardi said. “That’s part of it. There’s a lot of teams that are going through this right now.”