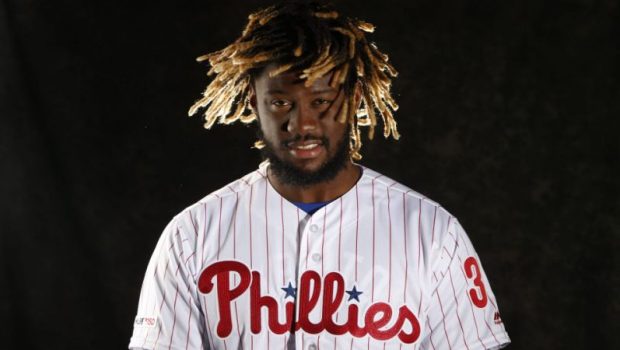 If I were Phillies center fielder Odubel Herrera I would be very worried.

Especially after Phillies manager Gabe Kapler now admits there’s a competition for the team’s starting center fielder role between Herrera and Scott Kingery, who recently returned after a hamstring injury.

“I acknowledge that he hasn’t been the player that he can be,” Kapler told 94WIP yesterday. “He hasn’t been the hitter in the box that we know he can be. It’s a little early to kind of start taking him out of that position completely, but certainly it’s a competition out there. I said that in spring training, the guy who gives us the best opportunity to win every night at that position, will play.

“I’m not making any long-term declarations of who the every day center fielder is going to be because, we don’t have one right now.” LOOKS LIKE PHILS HAVE SLOTTED TAIJUAN WALKER AS NO. 3 STARTER