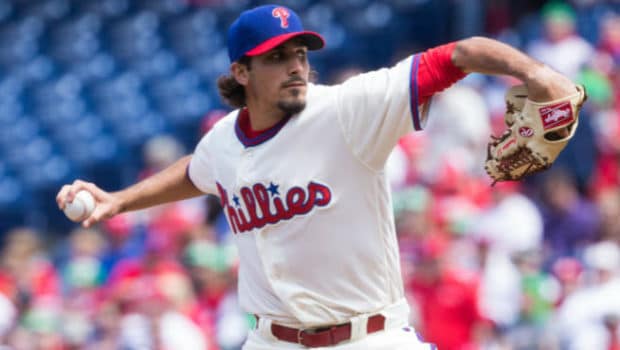 ESPN is reporting that Phils pitcher Zach Eflin and the Tampa Bay Rays are in agreement on a three-year contract worth $40 million.

The deal, which is pending a physical, is the largest free-agent contract in Rays history, topping the five-year, $35 million contract that pitcher Wilson Alvarez received before the team’s inaugural 1998 season.

Eflin, 28, became a free agent after turning down a $15 million mutual option for a $150,000 buyout from the Philadelphia Phillies, completing a $5.7 million, one-year contract.

Eflin, who played his entire seven-year career in Philadelphia, will join a Rays rotation that includes Tyler Glasnow, Shane McClanahan and Drew Rasmussen.

Last season, Eflin went 3-5 with a 4.04 ERA, striking out 65 in 75⅔ innings. He pitched 4⅓ scoreless innings in relief in the World Series, with the Phillies losing in six games to the Houston Astros.