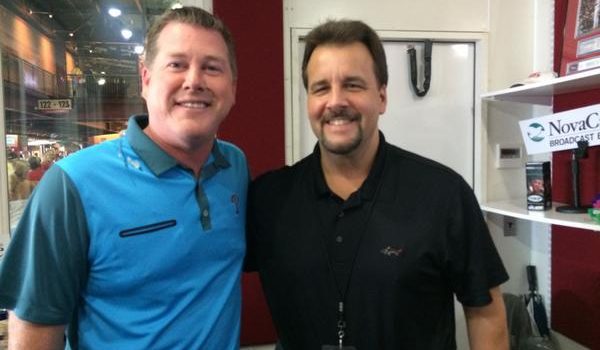 The Phillies have made a high-profile move.

And it’s not coming up with the bucks to sign JT Realmuto!

They have canned radio host Jim Jackson, claiming that he was a “luxury the organization can no longer afford in such uncertain times,” per Jackson’s farewell letter to Phillies fans.

Thanks for a great 14 year run… pic.twitter.com/atkok59bCB

Jackson joined the Phillies prior to the 2007 season, hosting pre and post-game radio shows on the Phillies Radio Network and occasionally calling play by play as well. He has also been the play by play voice of the Philadelphia Flyers for the last two-plus decades

Jackson isn’t even the first broadcaster the Phillies have shed over the last couple of months.

In August, dugout reporter (and fill-in play by play broadcaster) Gregg Murphy (above left with Jackson) was one of many cuts by the NBC RSNs.