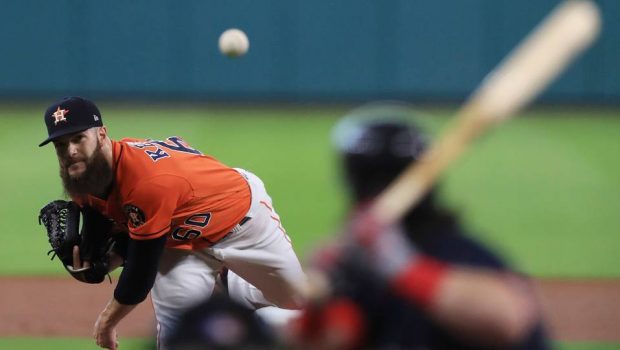 PHILS LET ANOTHER ARM PASS THEM BY: KEUCHEL TO BRAVES!

The Phillies are in first place in NL East even though their pitching staff is shaky at best:

But they must think that’s good enough to make a playoff run.

Because yesterday they lost out on another pitcher:

Former Cy Young Award winner Dallas Keuchel, twice an All-Star in seven seasons with the Houston Astros, agreed to a deal with the Atlanta Braves, according to a report, ending his seven-month-long free agency. The deal is for one year and $13 million and pending a physical, according to a source. Keuchel is slated to pitch for Triple-A Gwinnett on Saturday night.

The Athletic first reported the deal.

The deal comes a day after the Cubs signed reliever Craig Kimbrel.

A team that signed Keuchel prior to Monday’s MLB draft would have forfeited a higher draft pick, a condition applied last fall when Keuchel rejected the Astros’ qualifying offer. Keuchel’s camp – Scott Boras is his agent – believed Keuchel’s market was muted as a result, and Keuchel said last month he turned down several offers he considered beneath his value.

Along with the Braves, the New York Yankees, Milwaukee Brewers, San Diego Padres, Phillies and Tampa Bay Rays appeared in recent days to have the strongest interest in Keuchel. At a time of record-setting home run totals, and there’d never been a month in which more home runs were hit than in May, Keuchel has allowed fewer than one home run per nine innings over his career and is considered one of the reliable groundball pitchers of his generation.

In a market starved for starting pitching, Keuchel stood in November with the likes of Patrick Corbin, Nathan Eovaldi, Astros teammate Charlie Morton and J.A. Happ as most capable of reinforcing rotations at or near the tops of divisions. The pitching market was further goosed by the availability of several other high-end starters, including Seattle’s James Paxton, traded to the New York Yankees in November, and Cleveland’s Corey Kluber, who remained in Cleveland.

Of the higher-end free agents, Keuchel, by several months, was the last to sign. Corbin received $140 million over six seasons from the Washington Nationals. Eovaldi returned to the Boston Red Sox for $67.5 million over four years. Happ signed with the Yankees for two years and $34 million and Morton with the Tampa Bay Rays for two years and $30 million. Yusei Kikuchi, like Keuchel a client of Boras, signed with the Seattle Mariners for four years and $56 million.