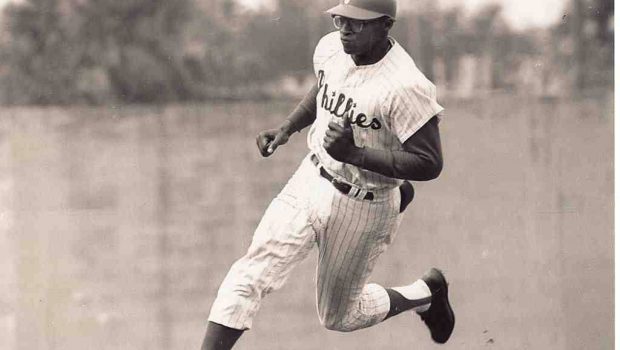 Once again Phils legend Dick Allen got screwed out of the Hall of Fame.

The slugger, who died in 2020, again fell one vote short of enshrinement.

And he had great company on he outside looking in:

Allen, Danny Murtaugh and Vic Harris all came up empty when the Golden Days and Early Baseball Era Committees gathered Sunday in Orlando, Fla. — site of what should have been MLB’s Winter Meetings — to decide who should be enshrined in Cooperstown, N.Y. next year.

Allen, known to many as the Wampum Walloper, came the closest, falling one vote short of the 12 needed to gain enshrinement. It was another head-scratcher for someone who was one of the best players in baseball from 1964-74.

This particular vote was supposed to happen last year, but it was announced in August 2020 that it would be delayed until December 2021 because of COVID-19. The induction ceremony will take place on July 24, 2022.

“I think his passing will now put him in the Hall of Fame,” said Bruce Tanner — Chuck’s son, a New Castle native and current Tigers scout — shortly after Allen’s death.

Tanner’s sentiments were echoed by many around the game, who felt that Allen deserved to be elected.

Although he never received the same attention as some of his power-hitting peers, Allen was one of the best baseball players from era and enjoyed a stellar MLB career, one that included seven All-Star appearances, plus the 1964 National League Rookie of the Year and 1972 American League Most Valuable Player awards.

Allen played for the Phillies, White Sox, Dodgers, Cardinals and Athletics over 15 seasons.

“Just take a look at his record and you compare him with some of the other players that are in [the Hall of Fame].”