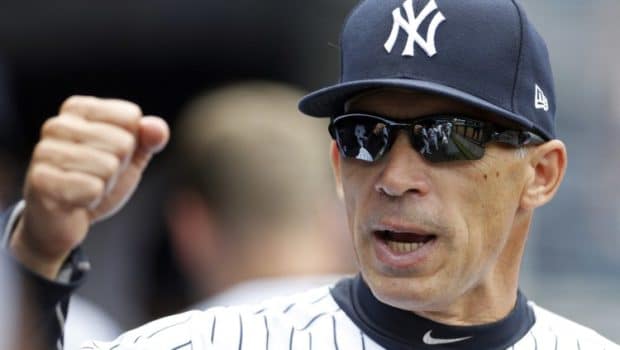 It’s only April 6 and the Phillies, who won their home opener yesterday with a day off today, are 2-4.

But that hasn’t stopped former MLB GM and present baseball analyst for The Athletic’s Jim Bowden from speculating on who could hypothetically replace under-the-gun-for-his-shakiness Gabe Kapler if the Phillies did indeed pull the plug on their manager during the season.

The name that stood out to Bowden:

After watching Philadelphia Phillies manager Gabe Kapler botch his first series of the year, this could end up being my boldest prediction of them all. I have never witnessed a worse start to a major-league managerial career than what we saw from Kapler.

He acknowledged that Phillies fans have a right to be upset and vowed to make adjustments moving forward. If he doesn’t, it won’t surprise anyone if Joe Girardi is managing this team by the All-Star break.