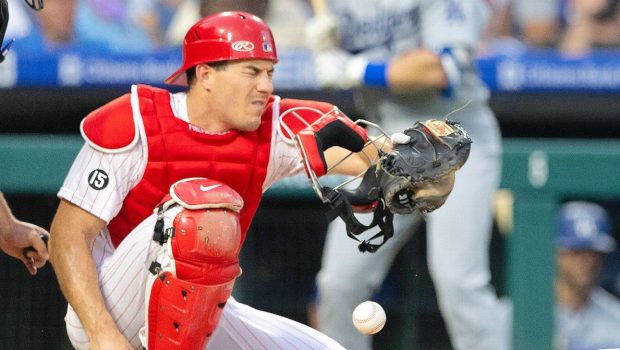 Phils catcher JT Realmuto left last night’s Cubs game after being hit by a pitch in the left elbow/triceps, and was replaced by Andrew Knapp.

An X-ray came back negative, but Phillies manager Joe Girardi told reporters that he was “sore.”

His status for tonight’s game against the Mets is iffy, but it does appear Realmuto has avoided a significant injury.