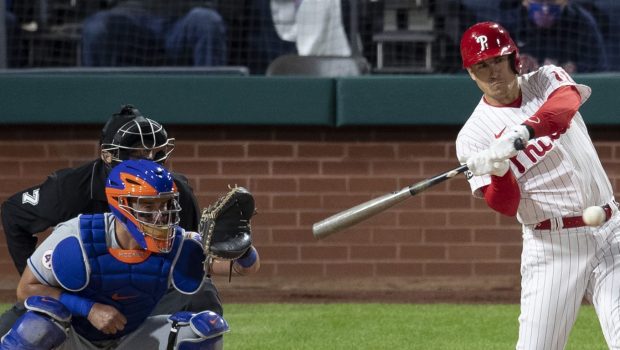 The Phillies have activated catcher J.T. Realmuto from the 10-day injured list after missing just over a week due to a left wrist contusion.

He’s back in the Phillies’ starting lineup, batting 4th against the Rays this afternoon.