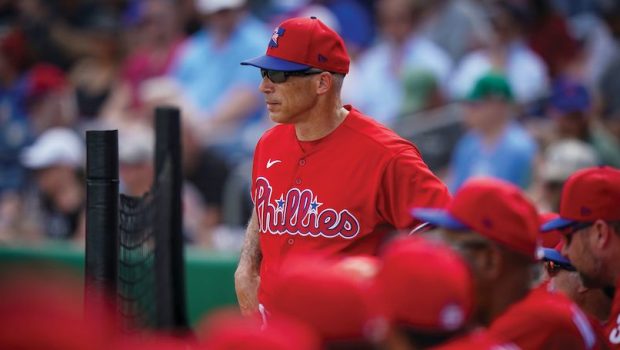 PHILS JOE GIRARDI IS ITCHING TO GET GOING BY JULY 4!

Phillies manager Joe Girardi has heard the reports that MLB will start the season around July 4:

“I’ve heard some chatter about that as well,” Girardi said on WIP yesterday when asked about what Trevor Plouffe reported on Monday.

“I still think it really comes down to, we’re at the mercy of our federal and state government. I mean that’s what we’re at the mercy of. We have to make sure states are open and we have to make sure that there are plenty of tests and we’re not endangering anyone, and once we figure those things out I think we’ll be back. But, God, that would be great if we could be back by then, wouldn’t it?”

Plouffe tweeted on Monday that he has heard “from multiple sources” that Major League Baseball will resume Spring Training on June 10th and begin the 2020 season on July 1st.

This has not yet been confirmed by Major League Baseball, but it certainly seems like a reasonable possibility.

Plouffe also tweeted that teams will play in their home ballparks. This is particularly noteworthy because earlier reports indicated that a plan for the 2020 season could be to have all teams play in Arizona, potentially keeping them from their families, something baseball’s best player and NJ native Mike Trout was not a fan of.