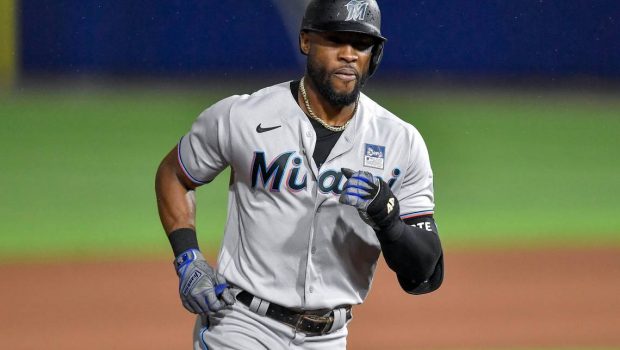 PHILS IN ON TRADE BUZZ ABOUT MARLINS OF STARLING MARTE!

Starling Marte has rejected the Marlins’ offer of a three-year, $30 million contract extension, so it looks like he’ll be traded before the July 30 deadline.

So he’s already drawing interest from multiple suitors, as Jon Heyman writes that the Astros, Phillies, and Yankees are three of the teams who have been in touch with the Marlins about the former All-Star.

Phillies, Astros and Yanks are among teams to check in on Starling Marte who seems likely to be traded. A sizable gap remains in contract talks with the Marlins as @BNightengale said. Miami’s offer is for more than the reported $30M for 3 years but extension hopes are fading.

Marte would be an upgrade for just about any team, considering his impressive .288/.387/.443 slash line, seven home runs over 249 plate appearances this season (though Statcast hints at some regression). In addition to his bat, the 32-year-old Marte also has 20 steals from 23 chances and he has displayed some impressive glovework in center field.