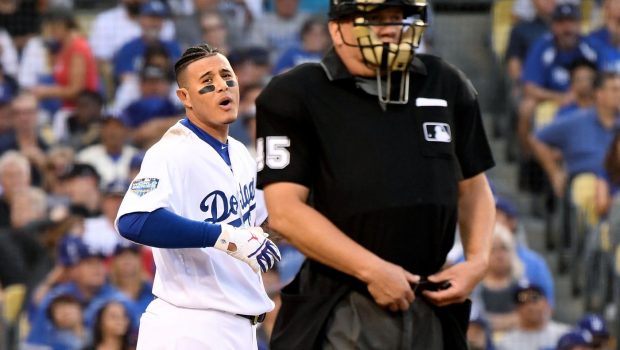 PHILS HOST MACHADO THURSDAY: WOULD THEY MOVE SEGURA OFF SS?

Prized free agent shortstop Manny Machado is on a shopping tour this week — White Sox yesterday, Yanks tomorrow and Phillies on Thursday — and here’s how the Phils shape up:

The Phillies have going for them what seem like the two most important factors.

They have deep coffers, and relative to pretty much every other aspiring contender they have loads of room in the budget.

Coming into the offseason, the Phillies were said to have designs on signing Machado and Harper. While a Harper deal looks unlikely right now, they still have plenty of bank for Machado. It’s hard to see any team choosing to go dollar for dollar with the Phillies when it comes to Machado.

Also, the Phillies reportedly are willing to move the newly acquired Jean Segura off shortstop in deference to Machado.

How will Machado take to a tactically involved skipper like Kapler?

Kapler famously raised some player hackles last season with his approach, and it’s possible Machado will be turned off by the thought that he could be, say, benched for non-obvious matchup reasons or somesuch. Again, this is a speculative con and may not even register with Machado and his reps.

Beyond that, the Phillies are coming off a losing season in which they they played like a team that was ten games below .500 at the level of runs scored and runs allowed.

The Phillies’ youth movement hasn’t kept pace with some others around the league, and the NL East is profiling as a pretty brutal circuit in 2019 and beyond.

The Philly front office is rightly behaving like a contender, but it’s not clear that they’d be among the power teams of the NL even with Machado.

For instance, the SportsLineProjection Model presently tabs the Phillies for 77 wins and just a 9.9 percent chance of making the playoffs in 2019. Machado would of course move the needle in the right direction, but they’d still be solid underdogs.