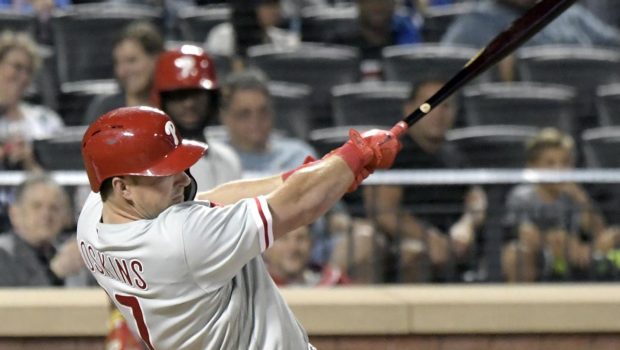 Rhys Hoskins is struggling through the worst stretch in his 326-game major league career for the Phillies.

Last night he remained in the leadoff spot and was 1-for-3 with two walks and a run scored to lift his average to .238.

“He can’t control where the ball goes off the bat,” Kapler said. “Right now, we need somebody to lead the game off. Quite frankly, [I] don’t really care how this is interpreted. He’s good in that spot. He sees pitches. You lead off the game one time during the game. And in that time, he is well suited to work a pitcher, to grind a pitcher and to see pitches so that all of his teammates are watching and see which pitches the opposing starting pitcher has that day.”

Hoskins has swung the bat well against the Red Sox in their small sample size of meetings. He is batting .333 with a home run in four games facing the defending World Series champions, and .375 over the two games he had played at Fenway Park.